A new distance record has been set in the strange world of quantum teleportation.

In a recent experiment, the quantum state (the direction it was spinning) of a light particle instantly traveled 15.5 miles (25 kilometers) across an optical fiber, becoming the farthest successful quantum teleportation feat yet. Advances in quantum teleportation could lead to better Internet and communication security, and get scientists closer to developing quantum computers. 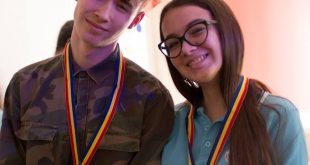